How to Find Cheap Family Airfare and Flight Deals Online

I’m often asked how I manage to find affordable airline tickets for my world-traveling family of six.  In this post, I’m going to let you in on a few of my secrets for finding affordable and sometimes dirt cheap airfare.

But before I begin, you may want to keep in mind that analysts predict that airline prices will  drop this summer to the lowest rates in 7 years.  If you have a trip on your mind, this is the time to start planning it! Start looking for deals. If you see one, snatch it up fast! This is your year, to live your travel dreams!

I recently returned from an amazing trip to Turks and Caicos Islands with my husband and our four children. This trip is a good illustration of how it’s possible to travel with kids to exciting destinations on the cheap.

With flexibility and creativity, families can find cheap and affordable flights to fabulous destinations.

AIRFARE COST PER PERSON $150 Roundtrip, including taxes & fees.
TOTAL AIRFARE COST FOR A FAMILY OF 6:  $900 … for TWO travel destinations in ONE.

We departed New New York City’s JFK Airport (JFK) to Providenciales, Turks and Caicos Islands (PLS) via Miami (MIA).  We took full advantage of a stopover in Miami, and stayed three beautiful nights in South Beach, Miami. The kids played on the beach. We ate good food. We got caught in a massive downpour while walking the shops on Lincoln.  We had lots of pool time. We went for runs along the beach.  It was a good time that we may not have experienced if we had paid more for a flight that went directly to our island destination (more about this below).

After our stay in Miami, we boarded a flight to Turks and Caicos.  We enjoyed five luxurious nights on the Island of Provo before catching our return flight to the USA.

We were able to snatch a 2 destinations for 1 flight deal by having travel flexibility, doing research, and by being creative (the stopover).  Not only did we spend less money on flights, but we got to visit Miami AND Turks and Caicos! 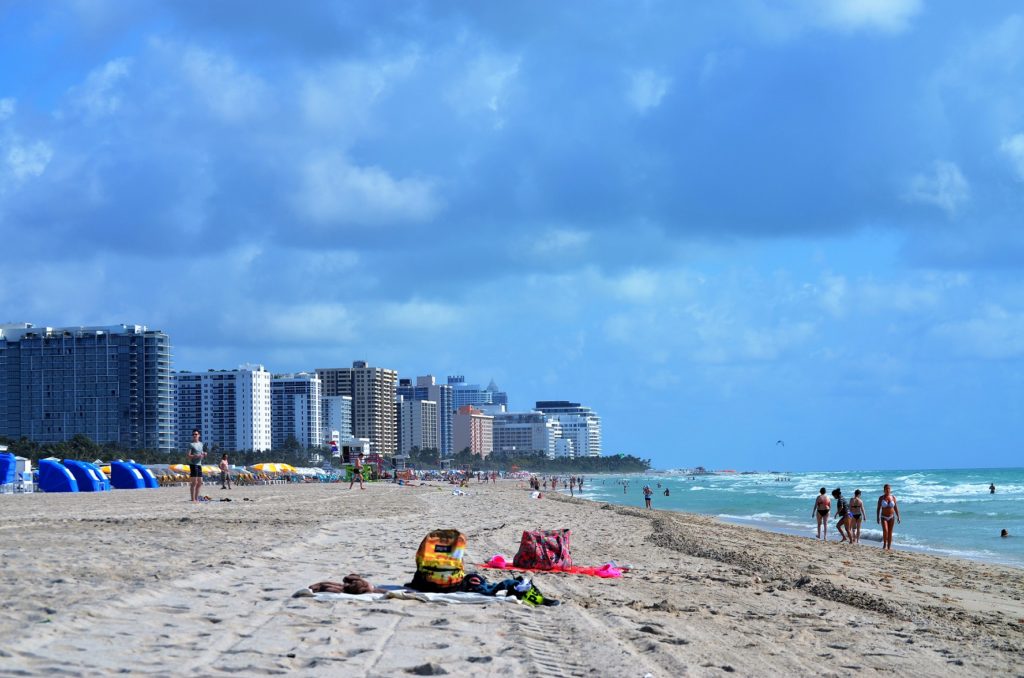 You, too, can score sweet airline deals for yourself or for your family!  Here are some of my travel secrets–which aren’t so much secrets, but just lessons learned along the way.

CHEAP AIRLINE SECRET #1:  Be flexible.  The more gymnast-like you can be in terms of flexibility, the more likely you can will find amazing deals!  Consider…

While not everyone has the luxury of travel flexibility, if you do, use it to your advantage, especially if you have to buy multiple tickets.  I think it’s much more satisfying to pass airline savings onto accommodation upgrades, meals, entertainment.

To snatch the $150 RT/ticket, we were flexible with our travel dates, airports, departure and return times, and layover/stopover.

Flexible with Travel Dates.  Take advantage of airline and travel website search options that allow you to search the days around your preferred departure/return times (for example, +/-3 days).   Keep in mind that certain travel days are generally considered less expensive than others. Flying mid-week tends to offer greater savings.

Flexible with Departure and Return Airport Choices.  If you are flexible with your airport options, a whole new world of deal possibilities often becomes available to you.  When I researched fares to Turks and Caicos, I looked for fares out of any NYC area airport.  The best deal was leaving out of JFK, though the return flight landed in LGA.  By being willing to fly into a different return airport, we saved about $100 per ticket.

Be flexible and consider traveling to another airport, even if it is a distance from where you are based, to score a flight deal. There are times when I’ve flown out of/into Vancouver, Canada instead of Seattle, Washington or out of/into Montreal, Canada instead of Boston, MA because the choice of airport offered a substantial savings.  When you’re buying multiple tickets, tracking down deals pays, especially when you are buying flights for a family!

Check into different airports whenever possible.  Keep in mind, if you do have to travel to an airport to reap airline savings, you’ll want to factor in gas, parking, train tickets, bus fare, hotel, and any incidentals for getting there–make sure the “deal” is still worth it.

Flexible with Departure and Return Times.  Sometimes the cheapest flight deals don’t offer the best departure and return times.  On our flight to Turks and Caicos, the sacrifice for the $150 RT/per person ticket was having to get up at 2:30 a.m. in order to catch the train to JFK in time for our early morning departure.  Had business been the purpose of the trip, that might have been a great departure time, giving an early morning Miami arrival time.  However, waking four young children before the crack of dawn in order to catch a super early flight isn’t exactly something most parents dream about–they’d much rather be dreaming at that hour. Sometimes the cheapest flight deal isn’t worth the cheapness.

Flexible with Layover/Stopovers:  Consider breaking up your flight legs using a “multiple destinations” / multiple segment search to find a fabulous deal.   To score the $150 RT/per person ticket, I applied multiple trip destinations to my online search:

Typically, you can add many flight destinations (e.g., Flight 1, Flight 2, etc.). Searching for multiple destinations would like something like this (not my actual travel dates): 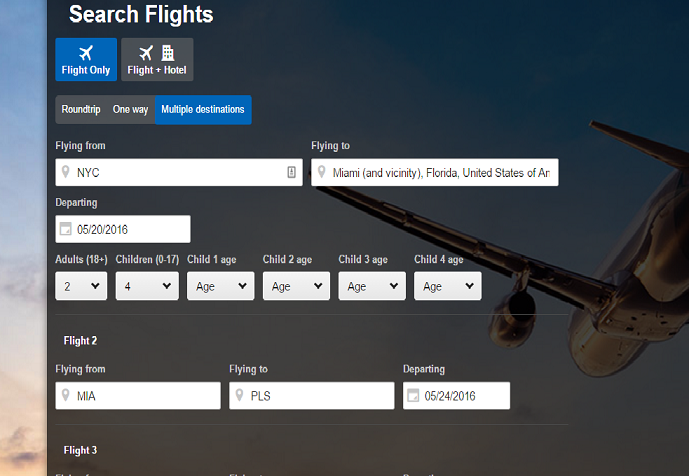 A multiple destinations or multi-city search, such as this one found on Orbitz, can sometimes help you find cheap flights.

Flexible with Seat Options.  I am not a fan of airlines that charge extra fees for families to sit together, however, if you are looking for dirt cheap airfare, it might be possible that you score a better deal on an airline that requires you to pay a fare for seat assignment.  If you opt to pay the seat fare, double check that you will indeed score savings in the end. If you are not picky about seat assignments, or don’t pay for a seat assignment or upgrade in advance and allow the airline to select seats for you, you might get lucky and find yourself sitting in a seat with extra leg room or in first class!

Why You Should Seriously Consider Buying Travel Insurance

Before I had children, only once do I ever recall purchasing any type of travel insurance.  Now that I’m a mom of four children, who brings them along on every adventure, travel coverage in something that I think about each time I plan a trip.  Travel insurance also sits at… Read More »Why You Should Seriously Consider Buying Travel Insurance 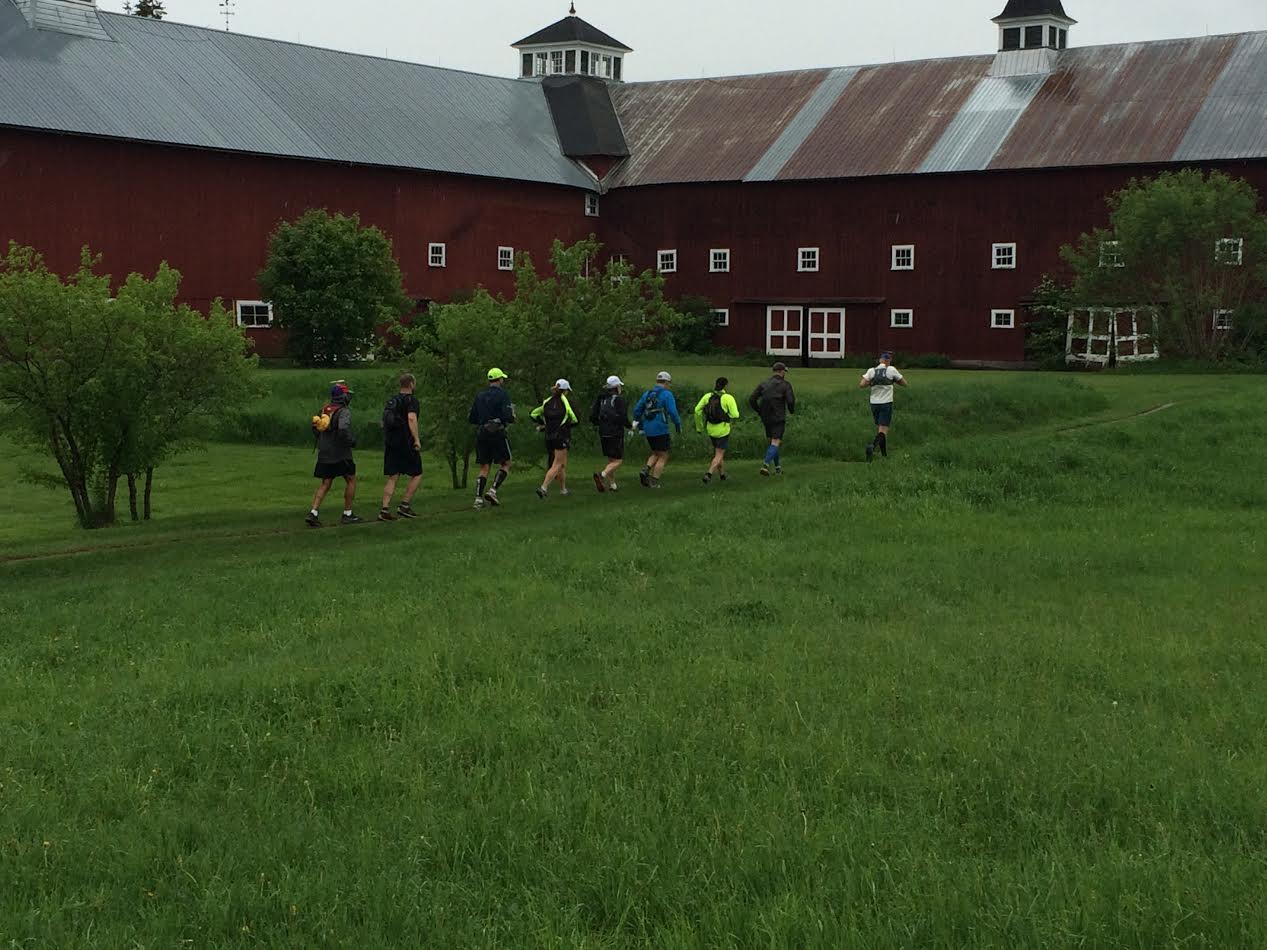 If you love trail running, you absolutely have to register for the ShoeFly Trail Running Festival on Kingdom Trails in East Burke, Vermont – September 15-17, 2017.  A weekend of trail running in Vermont’s beautiful Northeast Kingdom on some of the best dirt in the east. The weekend features ultras,… Read More »Trail Running Festival on Kingdom Trails – September 15-17, 2017

Get Living Healthy – Sign up to Receive My Newsletter 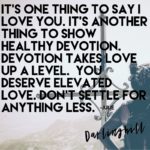